Great Peacemakers: student writing about the lives of the peacemakers

What constitutes a government that does its job and nurtures the evolution of its people?

This quarter, my class of ninth grade girls at Maharishi School of the Age of Enlightenment, Fairfield, Iowa, considered government in the light of Maharishi Mahesh Yogi's principles of perfect government.

These principles include the following concepts:
One assignment during the quarter was to read the book Great Peacemakers: True Stories from Around the World, by Ken Beller and Heather Chase, and to apply one of Maharishi's principles of government to the life of of one of the women peacemakers in the book. (Twenty peacemakers are included in the book, of whom six are women.)

Here are their short essays relating their thoughts. Due to several snow days where class was missed due to inclement weather, these writings are first draft in-class compositions, with some minor proofreading edits by me. 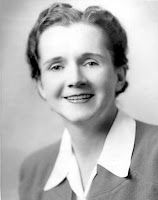 Maharishi's principles of perfect government connect to the life of Rachel Carson. One principle that connects the most is "Government is an expression of both subjective and objective knowledge."

One way that Rachel Carson's life was subjective was in her writing. She had a natural talent for writing, and when she found her objective interest in zoology, she majored in it in college. She then mixed the two things she loved to do, writing and zoology, and wrote many books on the danger of pesticides.

Rachel Carson's life was also objective. She was objective in her research and on how she let people know the effects that pesticides have on humans. She learned as much as she could about this topic and did many experiments. Rachel let people know about what pesticides did by writing books, giving speeches, and speaking in interviews to try to get people to change things.

Maharishi's principles of perfect government connect to Astrid Lindgren in many ways. The principle I think fits her best is "Perfect government is spontaneous and involves least action as it administers natural law."

One way that Astrid Lindgren is related to natural law is when she wrote her children stories. It came to her very naturally. She would tell her young daughter Karin stories about a girl named Pippi Longstocking who was a daring, strong girl who lived by herself alongside her white pony and funny monkey. Her stories came naturally to her and were very spontaneous, but later they became published and became a popular children's movie.

Another way that she is related to Maharishi's principles of perfect government is when she became aware of factory farming. Her experience of growing up on a family farm and writing came to good use when she decided to write articles in the newspaper about factory farming. She published articles about the way that animals were being treated. "All we're asking for is to have healthy, well-cared for animals that look at people as friends, and don't flinch in terror when they see someone of our species. We are also asking government authorities to not pass laws that make family farming impossible: they should support it, instead." The spontaneous effort to help animals helped her to pass a law in 1988 for animal welfare aid.

Astrid Lindgren's strong-willed personality helped save the lives of many animals. She was very connected to Maharishi's principles of perfect government because her actions were spontaneous but led to something great that we will remember forever. 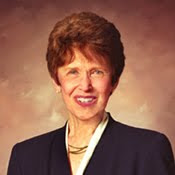 One way that Eisler was supported by natural law was that she and her family escaped from The Holocaust in Austria. Eisler was born into a Jewish family during the Nazi war. She had a good childhood until she was forced to flee to Cuba.

Another way that Eisler related her work to this principle was that she came up with the idea of the domination and partnership way of living. She believed that most of the world lived in a domination way, meaning people constantly try to be better than each other, which causes violence. A partnership way of living means that people work together instead of against each other, which decreases the amount of fighting and violence in a society. This living style is supported by natural law because people are much more peaceful in environments that live in a partnership way.

One other example of how Eisler's life is related to this principle is her second marriage. Eisler applied the partnership living style to her family life because she wanted to expand her ideas. As a result, she and her husband were very happy together.

Because of her desire to help others, Eisler was able to spread her ideas to the rest of the world and help make a difference to many.

"Government is an expression of both subjective and objective knowledge" was significant in Jane Goodall's life.

One way that knowledge has been subjective in her life is that when she broke the fundamental rules of scientific research by giving all of her subjects names instead of numbers. She managed to put her heart and love into all of the work and observations of chimpanzees because she had realized that from the inside, through her intuition, that she most definitely did not need to be coldly objective. Instead, she was very compassionate and loving towards all of her subjects.

One example of how knowledge in her life has been objective is when she witnessed something extraordinary in 1961. This was a piece of new scientific knowledge that would blow all scientists' minds. "Goodall saw two chimpanzees, which she named David Greybeard and Goliath, pulling leaves from plant stalks, inserting the bare stalks into termite mounds, and eating the termites that crawled onto the stalks." Until then it was believed that only humans made and used tools. Because Goodall had observed this (and proved previous history incorrect) and had not realized this from the inside or known it was possible until she observed it, this knowledge is objective.

The writing of these students, even though it was finished at the end of the quarter in two class periods of planning and composing, is representative of Maharishi School's "green and gold" consciousness-based curriculum, one that connects learning to the inner lives of the students and also to those concepts of sustainable and ethical living that are needed so much in the world today.

Copyright 2010 by Thomas L. Kepler, all rights reserved
All rights retained by the individual students for their class writing assignments
Photos obtained from the linked websites, with thanks
Posted by Tom Kepler at 3:00 AM