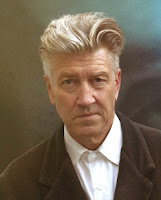 
We made a valiant effort to chat with David Lynch about the amazing work his foundation is doing to spread Transcendental Meditation. And we only asked him about 'Twin Peaks' twice. We're still fuzzy on who killed Laura Palmer.

Tonic reporter Piazza's first question for David Lynch is "What exactly will Transcendental Meditation do for returning vets suffering from PTSD?"

In the interview, David Lynch responds, in part, with the following:


From what I have heard, the veterans with PTSD are suffering big time. I have learned that 18 veterans commit suicide every day. One of the treatments is to show veterans programs of violence until they finally get numb to them. This to me is inhumane. You give them Transcendental Meditation and it is like giving them the key to the treasury within every human being.

The Wall Street Journal has also written an article on Lynch's efforts to help veterans.


"Now, Mr. Lynch wants to bring this approach to help the thousands of war veterans returning from Iraq and Afghanistan.

"'These men and women have a lot of honor for what they have been through and don't want to appear weak or admit suffering,' he says, pointing to high suicide rates and incidence of PTSD among veterans."

A fund-raiser gala event, "Change Begins Within," will raise money for the David Lynch Foundation to further its efforts to help veterans and others throughout the United States and the world to begin the Transcendental Meditation program.


Copyright 2010 by Thomas L. Kepler, all rights reserved.
Images from corresponding websites.
Posted by Tom Kepler at 5:37 AM