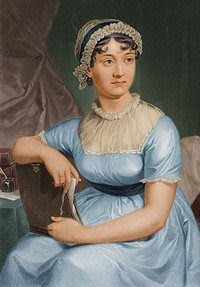 Reviewing Pride and Prejudice is kind of like reviewing the Bible. Do you talk about characterization and plot development? That Moses guy--now, come on, get real!

Jane Austen set her novels in her own time, and that time has passed. That language is gone, the sensibilities are gone, the era is history. But . . . all that is irrelevant because humanity endures, and this is a very human story.

First of all, Pride and Prejudice is a novel about survival. Sure, we don't see anybody starving in the novel. In fact, characters in the novel not of Austen's social class are just stage props, and as such are significant only in a limited sense. However, the Bennet family has five daughters and no son--and therefore the land and money will bypass the children. The girls have few "prospects."

This reality is a driving force for the novel--one that consumes Mrs. Bennet and one that Mr. Bennet deals with by putting off the time that it will have to be dealt with. If this were the only driving force in the novel, though, it would not be enough for the novel to endure. Times have changed too much, and modern women have other survival options than marriage.

Other forces are at work; Austen's novel resonates with readers on other levels. Perhaps the easiest way to look at the enduring popularity of the novel is to consider it from the viewpoint of psychotherapist William Glasser's Choice Theory. Glasser's theories of human behavior start with the premise that we have four basic needs (beyond survival): the need for fun, power, love, and freedom. Pride and Prejudice certainly engages the reader in these areas. 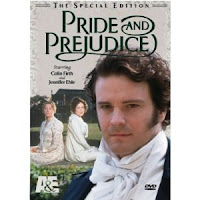 "Slow cooking" is currently the rage--take your time cooking and allow the food and seasonings ample time to fully present themselves. Take the time to align yourself with the natural processes of living.

The recent cinema adaptations of the novel are indicative of two approaches to the novel. The mini series version with Colin Firth and Jennifer Ehle is a highly stylized and comprehensive adaptation of the novel. I love it. The more recent Keira Knightley and Matthew Macfadyen movie-length version moves through the material so quickly it is almost abrupt in transitions, yet the greater realism lends its own power. (Candlelit rooms, for instance, have shadows.) We can choose our pace, along with our actors. 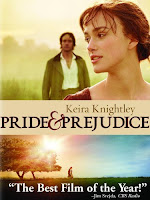 We can't do that with the novel, though. It is what it is. One might call reading Pride and Prejudice "slow reading." Written in a time before electronics and the highly mechanized world, the novel must be read more slowly. The rhythm of the language demands it. That readers are willing to slow down to the pace of a different time is a testament to Austen's abilities.

We want the Bennet family to do well and for Elizabeth to prevail. That she does is Austen's affirmation that one's individual character is a unique and powerful force. Use it wisely, and Pemberley is ours for the taking.


Copyright 2012 by Thomas L. Kepler, all rights reserved
Posted by Tom Kepler at 5:04 AM