Specific, Useful (and Positive) Comments: All Writers Appreciate Them 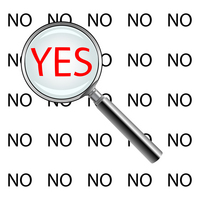 As a teacher, whenever I comment and edit a student's writing, I always make sure I include at least one positive comment.

I also try to make sure that comments are specific and focused to the text. "The description of the setting in this paragraph is powerful" is much more enjoyable to read than "good description" tagged onto the end of the paper. At least that's my opinion.

Another interesting observation is that the comment "great writing!" is actually no more useful than "terrible writing!" Sure, there's some uplift from being told the writing is good--but no more direction is provided for improvement than the negative comment.

I've also noticed something else as a writing teacher: strong writing traits identified continue on with later writing assignments, much more than the diminishment of poor writing skills that are identified in student papers. If I praise the use of strong verbs, then the next piece zips off the paper! I like the dialogue in one piece, and the next is practically a skit. For non-fiction writing, the first praise usually is awarded to meaningful, clear structure--and that is usually what first becomes apparent in the essays of emerging writers: mechanical, "add component A; add component B" writing that click-clicks along, meaning intact but with little voice. But that's all right. Voice comes with experience.

Let me provide an example of a specific, critical comment from a reviewer that was useful for me. It was from her review of The Stone Dragon.


"There are events close to the end which come perilously close to deus ex machina."

Pauline Ross's Goodreads review gave The Stone Dragon "four stars," so it was a balanced review. Her words made me think. How does a fantasy writer create a tale about a magician "who simply gathers magic around him, without any intervention on his part," and not make that seem like the contrived hand of God?

In writing the short story "Who Listened to Dragons," I made that my challenge. One of the story's main characters is a six-year-old autistic boy who practices magic. How could I pull that off without creating some sense of "things just happen"?

I used a time-tested procedure--one that worked for (among many others) Arthur Conan Doyle: the story is told by the clueless sidekick. In my case, it was not the duo of Watson and Holmes but of two brothers. The short story is told first person by an older brother whose younger brother stops being so autistic and starts being more magic.

Without the balanced observations of an insightful reviewer, "Who Listened to Dragons" would never have been written. A recent comment by another reader about this story was the following: "The work is so dense in meaning and beauty and wisdom."

I don't know if I deserve such praise, but it certainly doesn't make me want to stop writing. Tell people what needs to be said for improvement. There's no law, though, that says you can't be tactful in the process.