To Be a Man, To Be a Woman, One Must First be Human 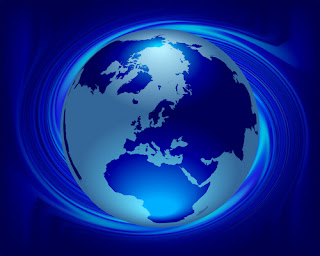 Yes, this is a pretentious title, so let me admit to that up front.

Having said that, I do think I have something to say on this subject, having practiced the Transcendental Meditation technique for forty years, being a teacher of the TM technique, having taught in the classroom and studied learning theory for thirty-five years, and . . . well, having lived in a human body for sixty years. And, of course, I happen to have this blog . . .

I am thinking of water, two atoms hydrogen, one atom oxygen. The liquid form, water, changes to vapor or ice because of temperature; activity is increased or lessened by temperature. The forms of water, though, are always the same. The laws of nature structure that activity. The steam can freely move through a kitchen from a bubbling pot, or it can be contained in a pressure cooker. Ice can form as freely as the winter stream flows, or it can be molded into cubes by the ice tray in the freezer. The reality of two atoms hydrogen and one atom oxygen remains the same, though.

All of existence consists of creative dynamism, creative intelligence, manifesting into all the diversity of the universe, from the swirls and clusters of galaxies to the bits and pieces of atoms. All this merges to the wholeness of existence according to the laws of nature. There is an order to even the most undisciplined event and a wildness within even the most confining of circumstances. What we want on our brief time on earth is more a whim than a will, like comparing human age to geologic age. Humans designed the Fukushima power plant in Japan to withstand size 7.0 tremors (Telegraph); the earthquake that hit was a magnitude of 8.9 (Los Angeles Times). If living our lives is our "job," then we must consider our hours on earth not only by the human "clock" but also by the cosmic "clock." Our actions outlive us.

We are both human and cosmic; man or woman, we are cosmic. We transcend duality; that is our true humanity. That is the beginning place for defining ourselves. What a man wants or what a woman wants arises from the source of thought, pure consciousness, and that fount of existence is the same that structures stone and air and fire and water and space itself. We are cosmic first and foremost, and we structure our lives within our bodies, male and female. As a teacher, I can see that any program that seeks to take "boys to men" or "girls to women" without considering that humanity arises from the same cosmic womb that births the entire universe--that we are that, would be a program destined to limited success.

Welsh poet Dylan Thomas expressed this well in his poem "The Force That Through the Green Fuse Drives the Flower": The force that through the green fuse drives the flower/Drives my green age . . . The five stanzas of the poem develop the cosmic essence of our existence. The poem also tells how this connection cannot be explained. It is not an idea; this connection is the essence of existence and can only be experienced. And I am dumb to tell . . . the poet explains. Words find difficulty describing the Wordless. Dylan Thomas's life was a tragic example of what it means to intuitively know one's true self yet to not be able to truly live that.

I have found practicing Transcendental Meditation a nurturing means of experiencing who I am--a simple, easy, and natural technique. Growing up as a poet, I was lucky to learn TM a week before my twenty-first birthday. Otherwise, I would have followed the rich tradition of the artist and poet: hitting bottom before starting for the top, experiencing the dark night of the soul. I have sunk low enough, experienced enough the dark obscurity of my ignorance, that I have found great motivation in seeking a more positive, nurturing way to find myself.

This is what I see . . . is how I started a poem when I was nineteen years old. I'm glad I've had an opportunity to write about what I see, rather than about my lack of vision.

We are all expressions of existence, of consciousness. That seems to be a good place to meet, men and women, humanity and all of diversity.