Review: The Man in the High Castle 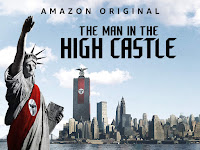 The Man in the High Castle is set in an alternative history universe that vividly describes a hideously transformed America, yet the most compelling aspect of this Amazon series is how it focuses on individual choice rather than panoramic spectacle.

The Man in the High Castle has run four seasons to its end. Based on the novel by Philip K. Dick of the same name, the alternative reality series is an exploration of how our choices shape our own lives.


In a dystopian America dominated by Nazi Germany and Imperial Japan, a young woman discovers a mysterious film that may hold the key to toppling the totalitarian regimes. (IMdb)

Yes, time is spent on the struggle against genocide, racism, and the exploitation of the weak and poor. The totalitarian disregard for the weak and "different" is omnipresent in the series, yet time and again individual choice captures the moment, individual perspective and choice, even when mired in the miasma of repression.

Some characters are broken; some grow stronger. Some find themselves, decision by decision, becoming the monsters they despise. At one point in the series, a man and wife recognize that they have to stop doing such terrible things. One responds, "I don't know how." This ambivalence is a central theme in the series, that for better or worse, we create our own realities. Protagonists become anti-heroes, failed heroes. Minor characters make world-changing decisions; some die, some transform into major characters.

The extreme hazards of this alternate world's reality constantly raises question. "What are you willing to die for?" "Are you willing to risk your death and your family's dying for the chance of their not living in hell?" "At what point does biding your time become capitulation?" "Have we saved our children's bodies but destroyed their souls?"

In the end, we are given hope yet are never for a moment allowed to forget that this is a cautionary tale, that every choice we make--or don't make--creates the world we live in.