I Am a Lotto Loser 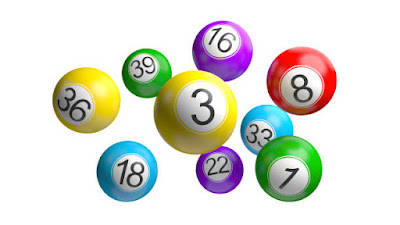 While driving home from our rural land and listening to NPR on the radio, I heard that there was a new lotto in town with a pay-out of 1.4 billion dollars. Well, I hadn't tried my luck for a few years, so I decided that it was time to once again splurge and dream the impossible dream. After all, the radio told me that the odds were only somewhere over one trillion to one!

Arriving home, I mentioned that I was feeling lotto-lucky to my wife, and she said that she'd been talking to her daughter about buying some tickets also. We decided that Hy-Vee was an auspicious location to pull God's finger, so I bellied up to the counter and said, "We want to win the 1.4 billion lotto ticket! How do we do this?" I know that sounds like I had no clue, but I lowered my voice when saying it so that I'd sound like Orson Wells or Morgan Freeman. We bought ten Mega Millions tickets for a total of twenty dollars. "Now, I don't buy these things to lose," I told the cashier, "so these had better be lucky!" She just chuckled to herself, amused by my comment--at least, I think it was a happy chuckle and not an evil cackle. . . .

For the next thirty-six hours my wife and I engaged in scintillating conversation, planning how we'd spend our seven hundred million in cash after taxes. We'd live off the fat o' the land. We'd give money to our children so that we'd never have to worry again about their cars needing tires or about leaky water heaters or the dog that chewed a hole in the sofa. Trust funds for the grandkids were a given; a charity to help single mothers was a heartwarming idea, and a gift to the local university would be a great way to share the love.

We had asked when we purchased our ten "Megaplier" numbers what was the procedure for verifying our win. The online dot com was the answer. Therefore, the morning after the ten o'clock PM drawing, I fired up my computer, typed in the ialottery.com URL, and checked for my winnings. Of course, the title of this article does spoil the climax for any lotto optimists out there. We hadn't won. Sad emoji :(.

I wonder, though, if perhaps even though I hadn't won big . . . perhaps I had lost big! I mean, if winning big is a rarity, then isn't it possible to lose big, too? What prompts me to say this is my experience playing solitaire on my phone app. Sometimes I lose in such a spectacular fashion that I ask myself, "What are the chances of that happening?" It goes like this: The solitaire app loads up my game. The face-up cards have no moves. I flip through the stack, and not a single move is available, not a one. I have lost the game without being able to move a single card. Now, that has to be unusual, at least it is from my experience! I didn't just lose the game; I epically lost the game!

The lotto ticket looks like a receipt from a cash register, about three inches wide, printed black on white paper with a side strip in red declaring "IOWA LOTTERY." We bought ten number sequences, labeled A-J, five numbers and then the Mega Ball number. I'm not sure if numbers range from 00 to 99 or from 01-99. I checked the winning number posted online with our ten series of numbers and discovered . . . of the sixty numbers (10 sequences) not a single winning number was on our stub. To win, I would have had to have six winning numbers sequenced in the winning order. I didn't have a single winning number on the stub, much less in the proper sequence! It's like I go catfishing with a friend and use axle grease for bait. No bites.

Have I learned my lesson? Of course not! Am I going to buy another ticket soon? Of course not! And if you're interested, I searched my articles and found this title from 2013: "I Take a Gamble . . . and Lose." What I've discovered about myself is this: I rarely lose when I gamble . . . because I rarely gamble. However, sometime in the distant future when I try my lotto luck again, I really would like to win. Will it happen? Well, I'm not going to bet the farm on it, that's for sure!

Email ThisBlogThis!Share to TwitterShare to FacebookShare to Pinterest
Labels: memoir