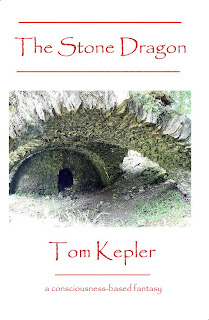 If you believe that the competition is fierce for getting a book published, then take a peek at the novels on HarperCollins' website authonomy. You'll have ample proof that you're right.

Thousands of novels, unpublished or self-published, are posted on this site, and then site members read and "back" those that are felt worthy.  According to the choices "backers" make, backers also can rise in ranks as "talent spotters."

After almost a month of being uploaded onto the site, my novel The Stone Dragon ranks 855, and as a spotter I rank 1195. This has been a steady, respectable climb, I believe, based on three and a half weeks of interaction.

Below are some of the comments from authonomy about The Stone Dragon:

The top five manuscripts with the most votes each month make the "Editor's Desk" and are previewed and commented on by a board of HarperCollins' editors.

One writer, Richard Bard, author of BRAINRUSH, wrote the following:


AUTHONOMY WORKS! In the couple of months that I've been on this site, dozens of readers have finished the book, a Hollywood producer contacted me regarding a film option, and I was signed by a top literary agent. Now that’s a brain-rush!

My overall impression after a month of membership and interaction on the site is that there are many, many well-written and compelling manuscripts uploaded to authonomy. My sense of scale of the competitiveness of the publishing world is has become much more concrete.


Sun blazed bright fire,and wings flamed in the silent void. And if wings, why not sinew and tendon, why not muscles to stretch and pull fire on its flight through space?

Scales of fire flexed beneath his body, and he heard the flap of wings,a sound like flame guttered by wind.  He felt the surge upward and then the downward beat. Like a crown or halo, wings of light curved before him into the empty darkness—wings, and then a burning length of serpentine neck and triangular head rising to balance the stroke of wings. The viper’s head turned, eyes like coals burning into his.

What has been written by many published authors rings even more true: persevere. Don't give up. Continue with the game plan.

The further advice of authors, agents, and publishers also rings true: establish your platform, establish your web of connections and means of displaying and promoting your writing.

That is, if you want people to read what you've written.

It's a very tough business and a very tough market. The need for balance in life--inner rewards along with outer rewards is important. This is another definition of consciousness-based writing--focusing not on the subject matter of the writer's content but rather the ability of the writer to integrate writing into one's total life.

If no one likes what you've written--and you still like it--then you're still halfway there. Such an attitude, along with a healthy dose of humility, will keep you as sane as any writer can be.