Iron Man 2: the backstory revealed by a Marvel Comics aficionado 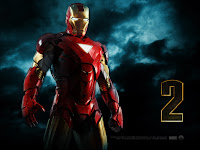 "Obviously, you were not a big Marvel Comics reader when you were younger."

So begins a letter sent to me by friend and long-time Marvel Comics collector Pawan Varma. I confess: guilty!

In my last blog post, I asked a number of questions about the movie Iron Man 2, questions regarding the introduction of various intense, eccentric characters into the movie without adequate backstory information. Pawan was kind enough to fill me in on the basics of the Marvel superhero universe, and I am glad that he has given me permission to forward that information to my readers. 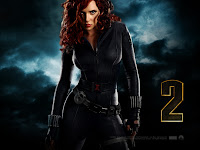 Here are basic questions I asked about characters in Iron Man 2 with Pawan's answers (and more) following. 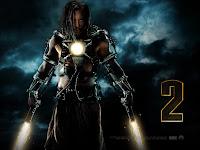 
This movie was a setup for the next big one, which will be an Avengers movie. We caught a glimpse of that in the last scene with Nick Fury. Most likely, instead of Iron Man 3, we will see an Avengers movie. Before this, however, you will see a Captain America movie and a Thor movie in the coming year or two. Without these, we cannot have an Avengers movie.
To answer some of your questions:
Basically, you are witnessing a re-emergence and re-thinking of the Marvel Comics universe that began 50 years ago. Back then, they would introduce new characters in one comic. If the character caught on, a new line of comics would be produced. With each movie costing hundreds of millions of dollars, however, we are likely going to see animated versions on TV and the Internet first. Specific characters and story lines will come out in movie format every year or every other year. Media, toys, books, and yes, new comics, will be created to complement each other.
I find this whole thing very interesting on two fronts. First, in the comic universe, it is great to see all of these characters coming out and being true to their origins.
Second, the promotion being done is far, far more sophisticated than anything I have witnessed in the past. I like to tell people that I know a fair bit about marketing and publicity. But by comparison, my knowledge is a home-made remote-controlled airplane compared to Marvel's space shuttle. These guys are so far advanced in their knowledge of marketing that I feel truly humbled.
And that's a good thing.
Hopefully, this gives you a comic book lover's perspective on the movie. I thought it was a great movie. The big bonus for me was that this movie laid so much of the groundwork needed for future movies. Now, after two more movies, Thor and Captain America, I think we will be ready for a really serious shift in the super-hero movie genre.
My prediction is that in 2014, we will see this shift. And given the way Marvel is doing this, I am already at the edge of my seat. 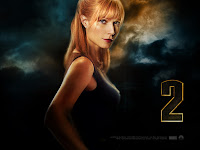 And so that's the word from someone more knowledgeable than I. My thanks to Pawan, and my last observation is that there is always a challenge when making a movie from another medium, whether it be play, poem, or book. The movie Iron Man 2 demonstrates that: so much to include and so much necessary to leave out. We even see this in The Lord of the Rings trilogy with the omission of the character Tom Bombadil and omission of the scouring of the Shire at the end of the story.

It appears we have a lot to look forward to in the superhero movie genre. Perhaps it's time for me to upgrade to HD, hmmm?

Copyright 2010 by Thomas L. Kepler, all rights reserved
All copyrights retained by the guest writer
Iron Man images from the official movie site
Posted by Tom Kepler at 5:00 AM