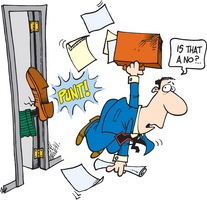 I'm gearing up to submit my fantasy novel The Stone Dragon to agents and editors again, after having spent considerable time developing an online platform and publishing an earlier novel, Love Ya Like a Sister.

I need some inspiration--and thought I'd share that inspiration with you.

Writer Michelle Kerns at examiner.com has written three articles about famous writers who have been rejected, and I'm finding inspiration in the tenacity of those authors who pushed on and finally found success.

Here, according to my experience, are three big "reasons" that writers become discouraged while seeking publication:


You're Unknown
Your Vision Is Not the Current Fad
Editorial Preferences Are Different
I intend to persevere with editors and agents, but if the clamoring of my students (and my heart) demands that The Stone Dragon be published now, then I will self-publish. Thank God for my techie friends, InDesign, and Lightning Source. And thank God for these examples of famous writers who also had to keep pluggin' away and who finally found a readership.

E.E. Cummings' The Enormous Room was rejected by fifteen publishers. He eventually self-published the book, dedicating it to the publishers who had rejected the autobiographical novel. E.E. Cummings is considered to be one of the masters of modern poetry.

There are many possible paths to reaching readers with your words. May we all find one that fits our needs.

If you are interested in reading more example of famous and rude rejection letters, go to Michelle Kerns' original articles. The first is "30 famous authors whose works were rejected (repeatedly, and sometimes rudely) by publishers."


Copyright 2011 by Thomas L. Kepler, all rights reserved
Posted by Tom Kepler at 6:00 AM