"River's Daughter": my flirtation with erotica 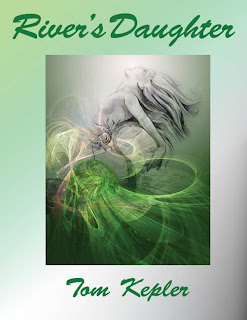 First of all, when looking up a definition of erotica, I had to try to spell it three times before getting it right--and, dang me!--I just misspelled it again (and fixed it).

"River's Daughter," one short story of the collection Who Listened to Dragons, Three Stories, is the second of four fantasy short stories that I have so far written that explore the concept of the "water elemental," the incarnation of the essence of water.

The collection Who Listened is now available for the month of July for free.

Each of the four stories will match the water elemental's personality to the season. The first story was subsumed in the novel The Stone Dragon, where the protagonist Glimmer meets a water spirit in the winter as an ice naiad. "River's Daughter" is a water elemental during spring, when the world is growing and life is beginning.


"He trembled at the sound, the old woman forgotten, his horse and gear forgotten, all forgotten but the song. It entered him, filling his veins with a fiery nectar. He stumbled, drunk with the pounding of his heart. Awkward, blinded by the liquid singing, he left the woman, pulled to the river."

I don't believe I've given too much away. I haven't even mentioned the foil to the river spirit!

This story and two others are available for free this July at Smashwords: Who Listened to Dragons, Three Stories.

Enjoy your summer reading.
Posted by Tom Kepler at 4:31 PM

Email ThisBlogThis!Share to TwitterShare to FacebookShare to Pinterest
Labels: book review, fantasy, The Stone Dragon, Who Listened to Dragons