If No One Reviews Your Book, Did Anyone Really Read It? 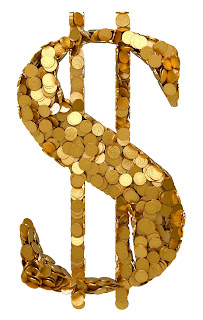 In the month of July, twenty-five e-book copies of I Write: Being & Writing and twenty-two copies of Who Listens to Dragons, Three Stories were downloaded  during the July book promotion at Smashwords.

The idea is that the free books would be market leaders that draw readers to buy other books by me. For instance, my e-book Who Listens to Dragons, Three Stories now sells for $0.99, the low price seeking to lead readers to the higher priced novel, The Stone Dragon, which is set in the same fantasy universe.

All readers who downloaded my books are kindly urged to review them.

Even bad reviews can lead to more sales. My young adult novel, Love Ya Like a Sister, was reviewed and given a "one star" rating, and later I was asked via email what I thought of the review. I wrote back that as an author, my opinion was not important, but as a career school teacher, some of the comments in the review were naive. These comments were ones such as "Events in the novel might give kids ideas" and "Kids don't really talk like that."

As a 30-year teaching professional, I've heard and had been told all kinds of things. In the novel, I didn't need to make up anything that might not really happen. The reviewer felt I was offended and removed the review from online. I was disappointed, actually. Would a one-star review saying, "Young people wouldn't really do those kinds of things," and "We don't want to give kids ideas" hurt sales? I don't really think so. The review revealed as much about the reviewer as the novel, and such comments certainly can pique the curiosity.

I'll be interested in how many reviews result from my participation in the Smashwords promotion. Although promotion can take time before the pay-off delivers, I'd like to think that there is some objective way to measure the success of giving my books away for free.

Email ThisBlogThis!Share to TwitterShare to FacebookShare to Pinterest
Labels: fantasy, giveaway, I Write: Being and Writing, independent publishing, Love Ya Like a Sister, The Stone Dragon, Who Listened to Dragons