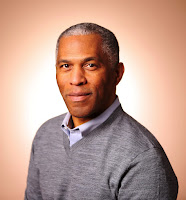 
I was surprised, as I have known Paul for fifteen years--and have known him to be a good community member and a person of integrity. The letter listed reasons why Gandy was not endorsed, focusing on CAFOs. Well, I just contacted Paul, forwarded the letter to him, and asked for his responses.

I happen to think that voting for a Republican in the current political climate should be a very hard sell. Given Paul Gandy’s credentials--and given the fact that I am a lifelong Democrat--I am not planning on "splitting" my ticket and voting for a Republican. More to the point, I was not convinced by the letter, and believe that Paul Gandy and Marg Dwyer, Democrats both, are the best choices for Board of Supervisors.

Sometimes as good people we go so far out of our way to be "fair" that we miss the obvious truth right in front of our face. Paul Gandy is a perfectly fine candidate for Supervisor, with sterling qualities.


Based on Paul’s responses (which were of the high caliber I expected), I plan to vote for Paul Gandy for County Supervisor.


Here is a quotation from the “split ticket” letter:

We face a growing onslaught of factory hog farms (CAFOs) and other dangers to our quality of life – much of that driven by outside corporate interests. We need Supervisors who will make it a top priority to protect our soil, water, and air, and to look for sustainable solutions. We also need Supervisors who will face the social challenges of our community, including our unacceptable levels of hunger and poverty (higher than average in Iowa). And we need Supervisors who are committed to Strategic Planning, to create a more positive future for all county citizens.

If you have any questions regarding whom to vote for in the Jefferson County Board of Supervisors race, Paul urges you to attend the County Supervisor Candidate Forum hosted by the Fairfield Area Chamber of Commerce and Fairfield Economic Development Association at the Fairfield Arts and Convention Center’s Sondheim Center for the Performing Arts on Tuesday, October 11th, 2016, at 7pm. The doors open at 6:45pm. All four candidates will participate in the question and answer forum.