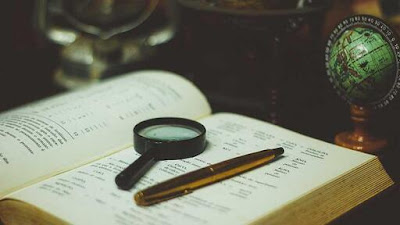 I've been reading a lot of cozy mysteries this winter--and enjoying them. My wife and I have formed a book club of two, and we've spent a good deal of time reading side by side or discussing the books we've read over a meal or cup of tea. Sometimes I'm a book or two ahead in a series, and sometimes my wife leads the way. Sometimes I've read a series that my wife's chosen to skip; sometimes it's the other way around. You might say we're easy with the cozy, or cozy with our easy-going reading schedule. However cute I want to get with my syntax, it's been a good winter in terms of our reading arrangement. We've read some good books and had some fun talks about those books.Therefore, it seems perfectly reasonable to share some of our conclusions regarding cozy mysteries beyond the two of us--hence, this article.

The website cozy-mystery.com has published an article describing the qualities of a cozy mystery, "What Makes a Cozy Just That?" The identified characteristics in this article are as good as any other articles I've read. (Plus the website includes alphabetical lists of cozy authors.)

My wife and I have a few other comments regarding the cozy mystery. One is that I'm trying hard right now to remember if any of the cozy series my wife and I have read were written by men, but I'm coming up blank. I do know, though, that I've seen some male authors in the book lists I've read. One casual reference was to John Grisham, that his novel The Pelican Brief could fit the cozy definition, although it relies more on action than many cozies.

Another point to make is that cozies repeatedly put the female protagonists in conflict with the restrictive sexist views of the times, whether it's Regency England, Victorian England, or American and Europe in the times prior to (or during) World War II. Most of the cozies I've read pit the female protagonist (and often the male partner) against the extreme limitations that were imposed upon women. The concept that women are only meant to be eye candy and heir-producers is a common conflict in the novels. A common theme is how far we've come with gender equality--and how we haven't come very far at all.

A third quality of cozy mysteries involves the literary device of anachronism, "a thing belonging or appropriate to a period other than that in which it exists." Although often used to mean something inordinately old-fashioned in a modern world, the anachronism in cozies is a modern, self-reliant, independent woman living in times where women are socially and legally without power. Often the female protagonists fight two conflicts at once: solving the murder mystery and struggling to act independently in a social milieu that represses a woman's independent spirit. Since issues of women's rights still resonate in today's modern world, this social conflict resonates for modern readers.

One of the pleasures my wife and I experience, now that we've read many cozy mysteries and quite a few series, to to determine and discuss how well the authors work within the boundaries of the cozy framework. Some authors are better at the social issues, some better at realistically portraying the romantic conflicts, and some shine at creating unique and interesting characters, including minor characters. This sub-genre of cozy mysteries is a safe and enjoyable environment to return to after a long day's work. The novel format rather than TV series medium highlights curiosity and mystery as a precursor to action, and in the end we are intellectually satisfied and not just stimulated by non-stop action.

Soon I'll be heading out this spring to garden, camp, and bike and hike. I'm looking forward to more activity and fresh air. It's been a good winter, though, in terms of reading. I've discovered new writers that are a pleasure to read, and I've learned a few things, too. Welcome to the world of the "gentle" mystery--a cutthroat world where "gentle" is a facade that must be maintained in order to exist and broken to survive.