Huckleberry Finn, the "N-word," and Thank God for the New York Times

[This is a second article on the controversy surrounding NewSouth Publishers' edition of Twain that removes nigger (219 times) from Twain's Huckleberry Finn and Tom Sawyer. The first article is here.]

I'll say it again: Thank God for The New York Times. In all those other online magazines, almost always, it is the Times that is quoted as the original source. So what new do I--and the Times--have to say about the new, censored version of Twain being published?

The verdict seems to be almost unanimous: If you can't stomach reading the word nigger, even if Twain placed it in his novel deliberately to increase the power of his message of the evils of racism, then don't read the book; and if you can't effectively teach the novel to effectively convey Twain's theme of the evils of racism, then you shouldn't teach the novel.

The only exceptions to the above statement are these:
By the way, a colleague gave me a simple means to create your own free, censored version. Download Huck Finn, copy and paste into a word processing program, and find/replace the n-word with whatever substitution you feel comfortable. (For instance, one scholar--in the PRI audio article below--suggested that the word darkie would have been better than slave. It was a common, "softer" or "kinder" word than the n-word, yet still carried the racist connotations. Therefore, darkie would still convey Huck's and his time's racial prejudices, using the vocabulary of the historical era, yet would do so without the extreme psychological and historical power that nigger does.)

Before allowing the Times to have its modern say, here are the words of Mark Twain regarding the censorship of Huckleberry Finn in 1905, published by The New York Times in 1935. "The controversy began in 1905 when a young woman, superintendent of children's department, insisted that Huckleberry Finn and Tom Sawyer be removed from the children's room because of their 'coarseness, deceitfulness and mischievous practices.'" Below is Twain's response, courtesy of twainquotes.com, where a longer account of the banning controversy is detailed. 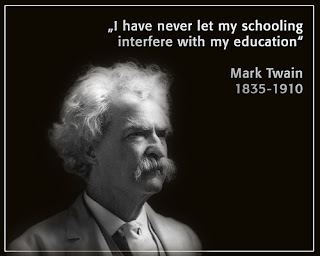 I am greatly troubled by what you say. I wrote Tom Sawyer & Huck Finn for adults exclusively, & it always distressed me when I find that boys and girls have been allowed access to them. The mind that becomes soiled in youth can never again be washed clean. I know this by my own experience, & to this day I cherish an unappeased bitterness against the unfaithful guardians of my young life, who not only permitted but compelled me to read an unexpurgated Bible through before I was 15 years old. None can do that and ever draw a clean sweet breath again on this side of the grave. Ask that young lady - she will tell you so.

Most honestly do I wish I could say a softening word or two in defence of Huck's character, since you wish it, but really in my opinion it is no better than God's (in the Ahab & 97 others), & the rest of the sacred brotherhood.

If there is an Unexpurgated [Bible] in the Children's Department, won't you please help that young woman remove Tom & Huck from that questionable companionship?

I shall not show your letter to any one - it is safe with me.

Twain's post script is a foreshadowing of his request that his autobiography not be published until a hundred years after his death.

At this point, I'll turn the modern version of this controversy over to the still-capable hands of The New York Times.
To provide some light beyond The New York Times, here are two other sources:
I plan to travel the world wide web to Project Gutenberg and download more Mark Twain for my reading pleasure.

Copyright 2011 by Thomas L. Kepler, all rights reserved
Twain image from http://www.gurutalks.com/wp-content/uploads/2010/07/Mark-Twain.jpg
Posted by Tom Kepler at 5:00 AM