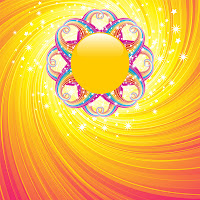 The person talking to me was commenting on the young college student who had been standing on the sidewalk for ten minutes intently watching the sun rise.

"It is unusual," I agreed in passing, on my way to work.

Later that day, I saw that person again and continued the morning's conversation.

"I've been thinking about the guy who was staring at the sun this morning. That was eccentric or unusual, wasn't it?"

"What I was thinking was that in almost any college campus town on a Saturday night, we'd see some young person sitting on the sidewalk, staring down at the concrete, too drunk to speak or walk. If we watched long enough, we might even see that student throw up."

"That's my point. We might say, 'How gross!' or 'Disgusting!' but we wouldn't find it unusual. How sad that such behavior is accepted as common."

I had the person's attention now, and I think I'd made my point.

My son works for a grocery story that is right next to a state university. They recently expanded their beer walk-in cooler. The store will sell $12,000 worth of alcohol in a week.

My wife and I were recently in California, and coming back to our motel after having been to the cinema, as we slowed to turn into the parking lot, a man on the corner starting walking toward us. There was something wrong with the man, the way he moved, the look in his eyes: dangerous, unstable. In my opinion, he was either psychotic, drunk out of his mind, on drugs, or a combination of those possibilities. I told my wife to not be surprised if we kept moving and didn't stop near the man.

Odd takes many forms. Let's allow and be accepting of life-supporting eccentricities. We've probably got a few ourselves.

Let's be understanding and sympathetic of those oddities that arise from behaviors that are life-destructive. Just be careful about getting out of the car.

Writer D.H. Lawrence said that one does not worship the sun by wallowing in it.

Call it a bias for sustainable living, or call it odd--but that's the way I feel.

Copyright 2011, by Thomas L. Kepler, all rights reserved
Posted by Tom Kepler at 9:46 AM