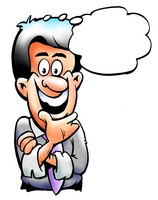 I tend to think about how I write from the perspective of my school's approach to education.

Maharishi School approaches learning from the angle of "Consciousness-Based education," the idea that learning involves more than content, that the expansion of the learner's ability to learn is also essential. CBE uses the Transcendental Meditation technique to expand the students container of knowledge--consciousness.

Two qualities of the unified field of consciousness are "thoughtful and spontaneous."

Like many of the qualities of the unified field, these two qualities, even though paired, are opposites. Thoughtful implies time spent in consideration; spontaneous implies little or no time spent in consideration. Paired, though, the larger, inclusive idea is that consciousness can be thoughtful and spontaneous at the same time--the two qualities are not exclusive in an awareness that is comprehensive.

I hardly ever write totally without focus anymore. Maybe time is just too precious, or maybe since I have so many ideas, why should I start writing without taking advantage of those good ideas? However, both unexpected ideas come to mind and planned plot sequences are advanced when I sit to write. This was certainly true with The Stone Dragon. The sequence with the ice naiad was totally unplanned, yet the gnome's quest sequence that took several chapters to develop was added with the second draft after planning out the entire addition.

Even when I begin creating a story from an idea--even if that idea is quite developed in my mind or in my notes--I always allow the wonderful possibility of spontaneous inspiration to move the storyline in unexpected directions, for new characters to walk (or ride or fly or swim) into the story and do something unexpected.

I once had a friend (who has sadly now passed away) ask me what happened at the end of a chapter of my young adult novel Love Ya Like a Sister. I said, "I don't know what those two characters did. I didn't think it was any of my business."

"I hate it when writers do that," she laughed. "You wrote the book. You created those characters.What do you mean it's none of your business!"

Learning takes place beyond what we already know. Learning expands our knowledge. Discovery, by definition, occurs in the realm of the unknown, or perhaps where the known and unknown meet.

I allow more spontaneity and risk-taking in first drafts. After all, no one in the world knows about that story except me. I can do anything I want. However, in the later drafts, thoughtfulness predominates, with spontaneity hanging around in the background, just waiting for the chance to suggest something totally different and new.

Thoughtfulness and Spontaneity are my two friends. They are quite different and often disagree, but the three of us make a great team.

Without my two pals, will I ever be able to complete a short story about an eight-year-old boy who is an autistic magician who listens to dragons? That's what I'm working on now. And the answer is "I have no idea--by they do."

Copyright 2011 by Thomas L. Kepler, all rights reserved
Posted by Tom Kepler at 9:00 AM