"A Murmuration of Dragons," Maybe the 6th Beginning

I've written before that my writing process is to write the beginning many times until the tone and vision coalesce.

Well, it's still true. Here is the new beginning of my evolving story. 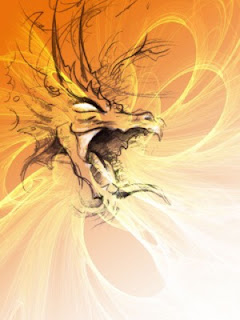 Supplicatory to the Order of Thom
Thomikos
Novitiate Gnossos

Seeking acceptance as a Novitiate, I am by tradition and rigor adjured to write a compelling testimony of my journey to the Studium at Thomikos.

Four years now I have lived and learned at the Order’s orphans’ school, and as Supplicant tell my story. My chronicle is fantastic but as true and sincere as my desire to dedicate myself to knowledge.

My earliest memories are of the streets, for I grew up a stray on the streets of Ostrand during the time of coughing sickness. Many died then, drowning in their own phlegm, I suppose my parents among them. I got by like any street rat, by luck, quick hands, and quicker mind. I was a clever lad, I suppose; I did survive.

During this time, an herbalist known as Old Jin grew rich with his healing cures--and his mixes and decoctions did cure, at least for many, unlike charlatans who bottled any bitter to sell to the desperate sick. I grew and did not die, grew lanky tall the year of my teens, and grew proud of the name the younger children gave me--Fingers, an apt name for an adept cutpurse. Gathering herbs was not enough for me. I knew Old Jin would soon bar me from his business and ramshackle shed adjoining it where I and a few other boys resided, and I didn’t care. I was Fingers, and nothing and no one could touch me.

I liked the roof on Old Jin’s place. It was high on the Hill, not as high as Dragon’s Head, but still high enough to see the sky when the sun was going down and gulls in from the sea looking for bugs. Starlings wheeled the darkening sky on their way to the woods to roost, wheeling and wary of hawks.