Most Viewed Posts for My Blog over 10.5 Years? I'm Curious!

You have to remember that I'm just a small-time blog, one writer who for years has written for love and pleasure. There were even long stretches of time when I didn't write, not when I stopped enjoying writing but when life interfered, I guess you could say. This blog has been online for almost ten and a half years, its articles having been viewed almost 330,000 times, with almost six hundred posts.

Starting as a writing blog to feature my published work, Tom Kepler Writing quickly expanded its content to include all of my life--mirroring my writing since I tend to write about whatever is happening in my life. This lack of focus has probably diminished the marketing of my published work but has increased my understanding of my life and what I'm about as a human being. Not a bad trade-off!

As a comparison of numbers, my camping blog Green Goddess Glamping has been online for about one and a half years. It's page views as of now are 74,140. Like this blog, I am the sole writer, having written 108 original posts about camping. With my blogging experience, though, I've been more deliberate and effective in my marketing. Comparing the current blogs, in  ten and a half  years, my total page views for Green Goddess Glamping would be around 519,000. I believe the page views will be much higher, though. The camping blog has been active one seventh of the time that this blog has. 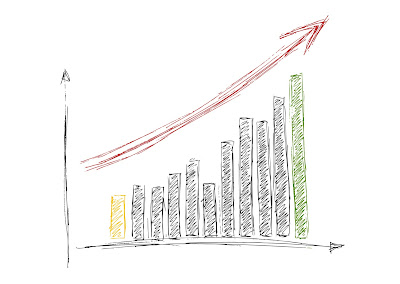 The interesting point of analysis is that even though I haven't written as regularly over time on this blog, and even though I've marketed this blog less intensely over the years, it's monthly page views are still fairly comparable to the camping blog. Why? What I've seen is that the weekly and monthly page views totals for the Green Goddess Glamping blog accumulate from just a few popular articles posted during that time. For Tom Kepler Writing, this blog, there is a steady and strong viewing of articles over many years because of viewer searches that have located older yet still interesting articles. Keeping that in mind, then over the years the camping blog will also amass a range of articles that attract readers who are searching particular camping topics. Interesting!

Of the ten highest viewed articles, the highest was a techie article on a Facebook "Like" button. Two articles were about publishing, one article was about a movie, and half of the articles were book reviews. The book reviews were about books that can be called "popular and literary" classics. The most-viewed articles present an interesting range, both from topic and time perspectives! More specifics below.

As a note, there is some irregularity with the total number of viewers for the articles. Blogger Analysis provided two counts, which weren't the same. I just chose one for the totals.

Just looking at these numbers and dates of publication, I have to say that probably some of the reviews of classic books and their number of page views corresponds with the time I was teaching and had attracted a number of parents, students, and school-related readers. Perhaps I don't have them now, but the backlist still regularly generates some readers.

My lesson from this analysis is that the key to a successful blog is quality writing. If writing can create interest and joy, if it can stimulate both the intellect and the emotions, then I think interest in that writing will endure. I hope you check out some of these articles. It's fulfilling to know my writing from years past can still provide a good read.